In the area where Tesco now is, Amersham used to have quite a large bus garage which in its heyday had with routes to many places.  The first garage was set up by the Amersham and District Motor Bus and Haulage Co. Ltd.  The company was set up on the 15th September 1919 by a local doctor and some friends to serve the surrounding area. It started operating from the yard of The Griffin (now Ask) before opening a garage in The Broadway, Old Amersham. The buildings are now occupied by B&M Garages. 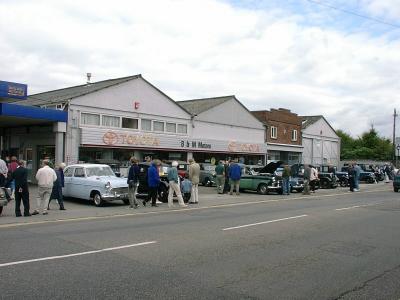 Now B&M Garages, this is the original bus garage in Amersham


Other bus operators also began to serve the area and in 1933 the London Transport Passenger Board (LPTB) took over operations of all bus routes in the area.  The LPTB purchased the Amersham and District on the 24th November 1933 and in 1934 they opened a new garage in Amersham adjacent to the former Amersham & District's garage. 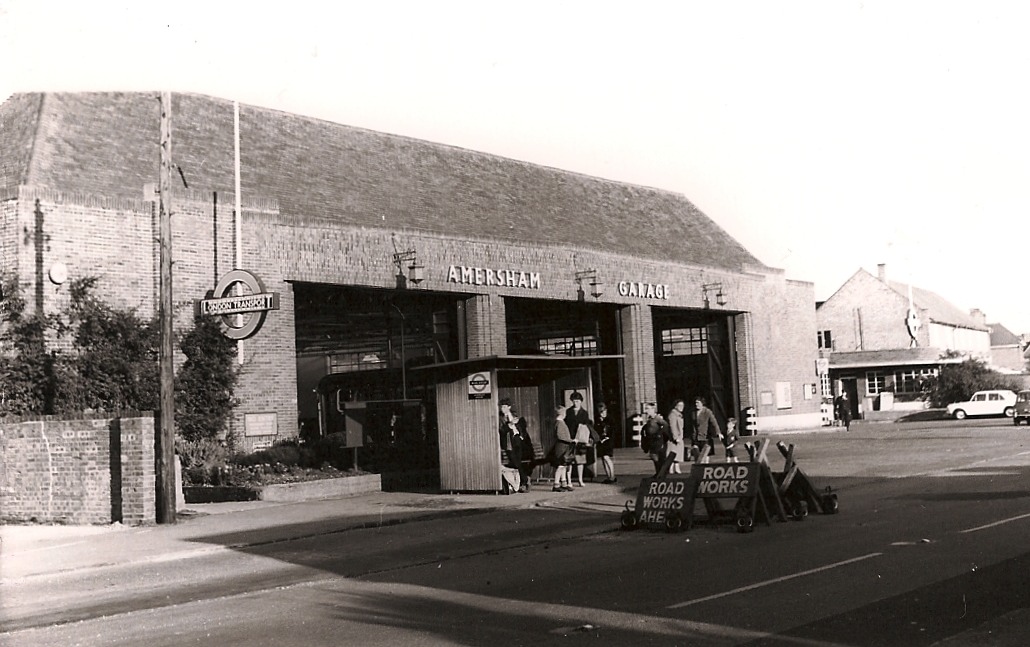 The above picture is probably from the 1960s when the garage was still run by London Transport.  To the right can be seen the old offices and staff buildings, with beyond Fox's.  The garage remained under LTPB (and its successors) until 1970 when London Country Buses took it over.  It remained in use until closed in December 1989, after which it was demolished.  The Tesco petrol station now stands on the site. 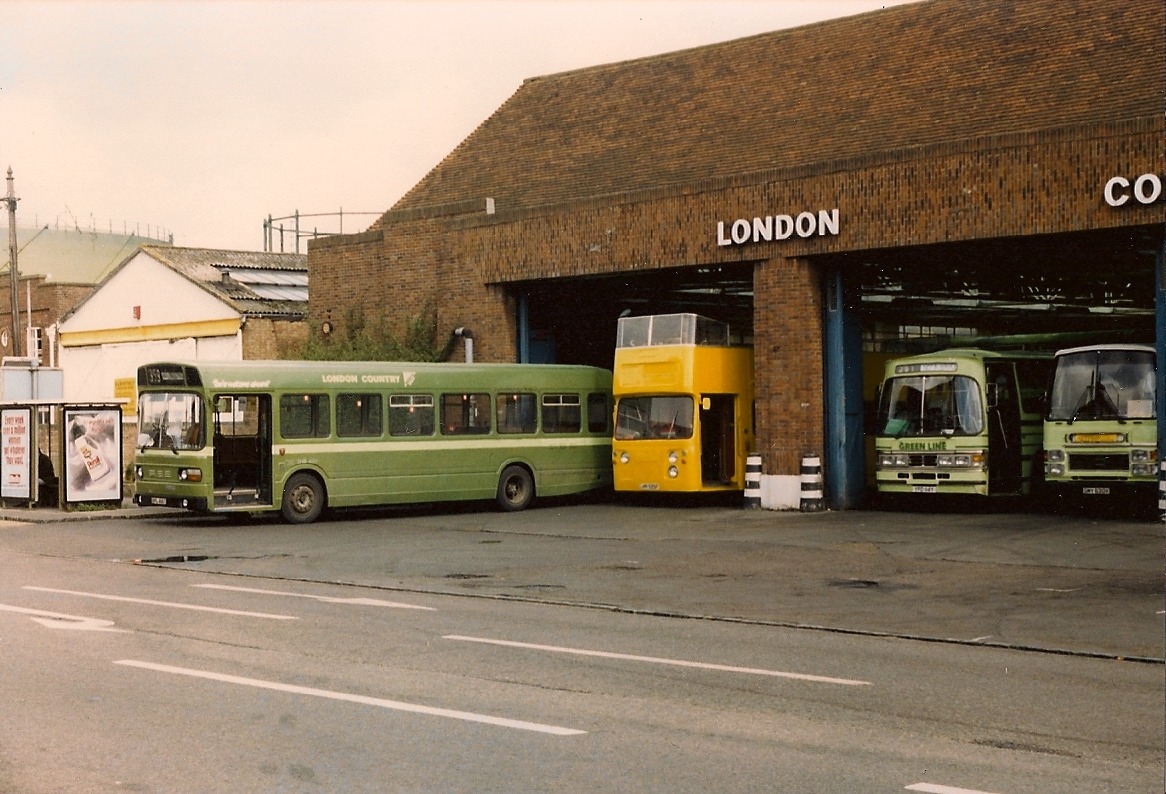 The above pictures show the LPTB garage in the 1980s with an interesting selection of buses, including an open top bus.  To the left is the original Amersham Bus Garage, then and still B&M garage.  The tops of the old gas holders can also be seen in the background. 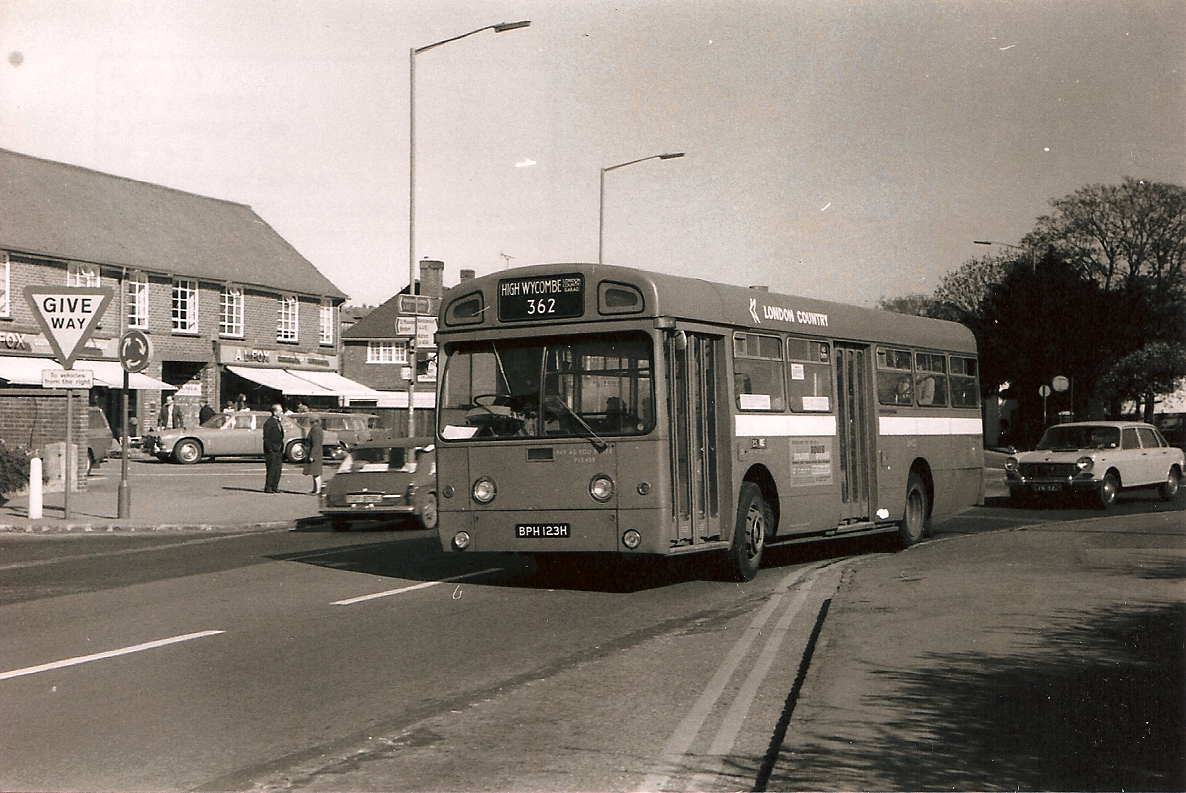 Above, a London Country 362 service on the High Wycombe / Amersham route turns left at the bottom of Gore Hill.  This is where the roundabout at the entrance to Tesco is now.  Note on the left the two shops with an opening in between.  These were the then Fox's shops.  They were knocked down to make way for Tesco and Fox's had a new shop built on the corner of the new Tesco site.  You can also see behind the bus a couple of houses, also now demolished.  Beyond that would have been the Bowyers meat factory - if anyone has a picture of that, it would be good to add it to this site.

We would be very please to receive other photographs of Amersham, past or present, please email the web master if you can help.